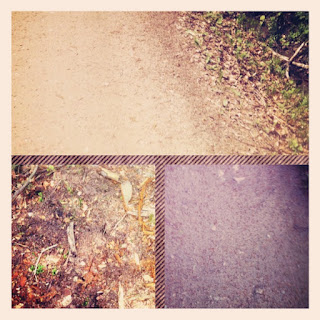 "Sticks and stones will break my bones but names will never hurt me!"

This was a silly childhood rhyme I through out to those whom tormented me at boarding school.  This went through my mind today as I viewed the various changes in the texture of the ground I walked over. Stony, gravel, some sticks, a few pebbles, various  leaves.  Honestly nothing really worth looking at.  Could I have gathered such items together to have inflicted any harm to an attacker?  Would they even cause damage or make the assailant stop? These where the thoughts that came to mind as I viewed the ground. I doubt it. If I had gathered at the time of my childhood a fist full of these items and thrown them, I would have been the one whom received more of a problem with the nuns whom cared for us, than the person I wanted to "hurt" back.

Such thoughts whirl through my head lately because I have been hurt deeply this year by a family member whom I trusted, loved and helped over the years without ever expecting something in return.  This person inflicted a very deep wound that will take time to heal. A wound that no person should ever have to experience. During the physical act of attack this person also verbally let out a lot of anger in platitudes that have stuck very clearly in my mind since then.

A platitude is a meaningless or one sided statement that is given out in a manner to make it seem significant and original.  It derives from the French word "plat" meaning flat.  Which I find rather exact in showing how it can be effective as it has the action of hitting rather on a sore spot, like a slap.  Such examples of platitudes would be "Go with the flow" or "Everything happens for a reason".  In my case it was "Don´t be a drama queen!".  Rather over board when it went on trying to take away the fact it was to do with a situation of life or death.

Yet so often we use platitudes to belittle or bring a very serious event down to a level of "it is not worth the trouble worrying about" because we do not wish to acknowledge just how serious a situation is. If we are required to then look at ourselves and our actions it can be to much for one to deal with.

As a child I used the sticks and stones platitude to block the pain that was caused by name calling only. As an adult my attacker used the above platitude to push away the attack from him and his taking responsibility for it; to making it seem my fault. A dangerous physical act is reduced to a word game.

A platitude is often used as a pejorative term.  A pejorative term is also known as a term of abuse or a derogatory term. It is used to express contempt or distaste.  Saying "Don´t be a drama queen" was a further abuse upon my as a person.

In my coming to terms with the event I have had to look closely at the ways such persons express themselves in various situations hence my reflection now. Words are not harmful in the physical sense of inflicting an outwardly wound. Yet they also are needed to be digested to help heal the inwardly damage they do inflict.

Just like when I was a child and called names at boarding school, I still carry within me today the scars of those children. Only now I have as an adult to deal with the fact words cut below the surface of reality. They inflict pain where our deepest fears lie buried. They can be given out by adults in a dangerous, threatening manner. How we take them and handle them becomes the key to our own healthy stand against their not inflicting the terror they are intended to do.

Platitudes do no damage to my inner self because the are a reflection upon the person using them not the one they are thrown to.

Tēnā rawa atu koe - thank you very much for taking the time to share you thoughts with me, for I love hearing your views and comments to my blog. With deepest gratitude, Koruswhispers

The listener doesn’t need to hear For his soul is already attuned; To the sounds that encase him Like a blanket that fits, Snuggly over ... 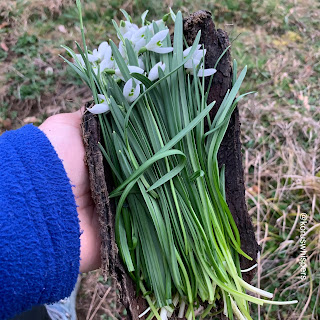 Korus
Koruswhispers is my voice. Korus is the one living this moment. Read, dream, imagine and then initiate the impossible into being possible with me now!

I am Tiffany Faye; a Kiwi whom is here to share my thoughts, feelings and views with you in deepest respect as Korus Whispers and korus whispers is my voice.

Koruswhispers are a collection of a few simple words yet when joined to one another, they are the vocal expression of something explosive, exciting and perhaps even life changing.

This could be for us quite a journey, as you come to read, listen and reflect inwardly with me, while I whisper just for you!